Identifier:
1628.09.21.01
Tribes
Mohegan
Narragansett
Niantic, Eastern
Pequot
While the names of her parents are currently unknown, it appears that Eunice Waugs was the daughter of an Eastern Pequot man and a Mohegan woman.
In the spring of 1816, the Town of Norwich spent funds to support her.  With a belief that she was a Mohegan, they requested reimbursement from the Mohegan's overseer.  The claim was denied because the Mohegans restricted payment from the avails of tribal land to full-blooded Mohegan only.  Seeing that Esther's father was from another tribe, she could not qualify.

Jeremiah Shantup, a Mohegan, was a soldier in the Revolutionary War.  He married Eastern Pequot Johanna Shon in Stonington, Connecticut, on November 26, 1789, in a service officiated by William Williams.

Memorial of Mohegan and Niantic Indians

To The Most Honorable General Assembly of The State of Connecticut, Convened at The City of New Haven in The Month of October 1784
Identifier:
1784.10.24.00
Tribes
Mohegan
Niantic, Western 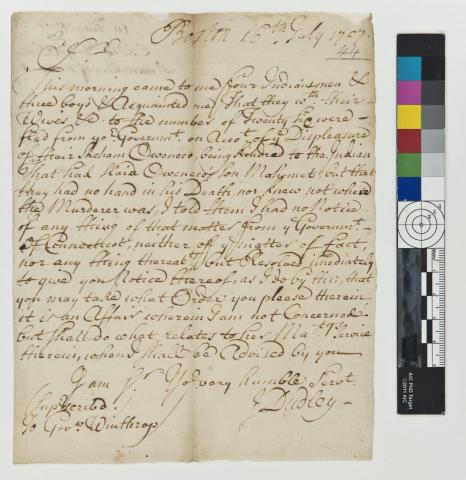